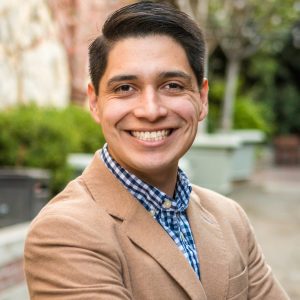 Michael is a graduate student in the SDSU/UC San Diego Joint Doctoral Program in Clinical Psychology. Prior to graduate school, he worked at CHEAR as the Data Manager beginning the summer of 2016. Michael graduated with a Bachelor’s of Science in Psychobiology from the University of California, Los Angeles (UCLA). At CHEAR, Michael currently works as an interventionist, clinical assessor, and data analyst. Michael’s research interests include the development and dissemination of weight management interventions, particularly in pediatric populations. He is also interested in how contextual factors, such as psychosocial and cultural factors, influence health behavior change. In his free time, he enjoys cooking, practicing meditation, and going to the beach.